Planning a ski trip is complicated enough without worrying about travel. When you’re already losing sleep over purchasing lift tickets, organizing overnight accommodations for your crew, and ski rentals for some, the actual planning for “getting there” is the last thing on the list… because a few of your friends have cars, right?

Last winter, my friends and I made the leap and traveled from Philadelphia to Killington Mountain in a Passenger van rental. Here’s how it went down…

Even though many of my college friends live in Philadelphia, we’re the type of people that won’t get together unless we make a plan to spend a week hundreds of miles away from our city together. So, each year, the five of us, plus partners and a roommate or two, spend a week skiing in Vermont. I guess it takes going away from the drama of the city for us to really take the time to “reconnect” or whatever.

As usual, my partner and I are silently designated as trip planners, a role we reluctantly embrace. We decided to spend the weekend at Killington because of a few incredible ski days we experienced there while still in college. Plus, it has some sneaky backcountry trails that the beginners in our group could handle.

We sent info around in our group chat about lift tickets and went ahead to reserve an Airbnb. Easy enough, right? We thought so, too.

Unlike other cities, owning a car in Philly is both a pain and a luxury. Parking, city traffic, and a pretty decent public transportation system mean that it’s easy to go without a vehicle. In the past, I’ve rented an SUV for weekend trips, or have even used apps that let you book someone’s car the way you can book an Airbnb.

But with this group, I wasn’t worried about transportation. Two of our group of five close friends own cars and were willing to drive what turned out to be a group of nine up to the mountain.

I remained stress free until I saw one of the cars we’d be taking. Rather than an SUV with adequate trunk space for skis and bags, one member of the group sent a text that said, “we might have to squeeze” in the group chat – along with a photo of his ancient Honda Civic.

No, no, no, nope! There was no way I was going to ride in a Honda Civic crunched in with four other people for a five hour drive. I knew at this point that we were going to have to pivot.

It was my partner that brought up the idea of a passenger van rental. He mentioned his dream of wanting to hang out with everyone on the way up, chatting with the people we’ve known, and getting to meet their guests before getting bundled up and unrecognizable on the mountain.

He presented the idea of renting a van from Greenvans to the group. At first, a few people were against it, as we were already going over budget with lodging. But then a friend, who works as a chef, offered to set up a make-your-own chili table in the parking lot– something that we’d only have enough space for if we traveled together in one passenger van.

We decided to offset the cost of ski resort meals with Chef Daniel’s creations, a thought that felt freeing and perked us all up.

After a few back-and-forths, everyone was on board with the idea of a 15 passenger van rental in Philly.

The trip went off without a hitch. We picked up our Ford Transit Passenger Van Rental in Philadelphia, and immediately felt like renting the van was the right solution. I couldn’t imagine being crammed in a Honda Civic after loading up our gear in the van.

Although we’re all working adults now, the passenger van made us long for the time we spent together as students. It brought both nostalgia and made us feel like we were really on an adventure.

Chef Daniel’s mountain creations brought us all midday joy. One member of the group even reclined a seat took a nap in the van after going into a food coma. While everyone else said that they wanted to get back out to the mountain, I think we were all a little jealous.

This winter, our group size has increased to a whopping eleven, and we’ll definitely be renting a passenger van to get up to whichever mountain we end up at. 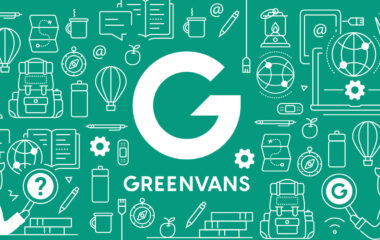 Rental vans in Richmond for your Ski Trip